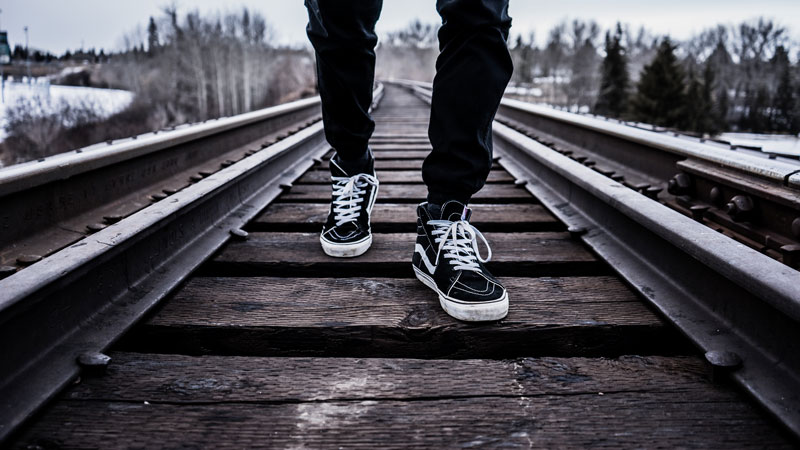 The scene was pathetic; a sight which would have made any hospice, infirmary, nursing home or hospital look like a vacation home. In Jerusalem, by the sheep gate, there was a pool called Bethesda which in Hebrew meant House of Mercy. The pool had five porches and a great multitude of impotent, blind, halt and withered folk lay on those porches on mats, beds and some just on the cold stone.

The interesting thing about this is that they were not only just lying there but they were waiting for a strange phenomenon as It was the belief that an angel visited the pool at a certain time and stirred the water and whoever stepped in to the pool first after the stirring of the water, was healed of whatever disease they had.

In this great multitude, there was a man who had been infirmed for thirty-eight years and it is not clear if he had been at Bethesda for all those years but he had been laying there for a long time. There is no record about this man and his background or how he got to the pool and the circumstance surrounding his crippled state but it is obvious that he, like the rest, was waiting for the stirring of the water so that he could get an opportunity to step in and get well.

There was a Jewish Feast and it was also the Sabbath day so Jesus was at Jerusalem celebrating the feast and visited the pool at Bethesda. Of all the people in the crowd, this one man stood out to him and He knew he had been in his condition for a long time and that he had been trying everything possible to get healed. Jesus approached the man and asked him a question which, on the surface, didn’t makes sense. In fact, it sounded very much like a cruel joke to ask a man that is crippled if he was willing to be made whole. However, on closer examination, Jesus never asked him if he was willing to be healed for that was obvious but he asked him a deeper, far reaching question which had to do more with his total self than his physical situation.

The question was if he was ready for not just healing but wholeness and if he was prepared to do whatever it took to be whole because being whole involved a lot more than being healed and it was going to require a radical shift in his entire life.

The man did not fully understand the question and thought Jesus was just talking about his cripple condition so he gave a response which to him seemed like a justified answer to his situation and lack of wholeness. He gave 3 reasons for his dilemma:

No help – I have no man to help me

No hope – I can’t get into the pool

No strength – Others are more agile and empowered than I am

This response highlighted the man’s true condition and his need for wholeness and why Jesus’ question was so relevant and on target. He was not just crippled in his legs but he was suffering from other things that included a dependency syndrome where he was looking for a man to help. He also had a miracle mentality and his hope was in the angel stirring the water. There was a false sense of security for he believed that once he got in the pool everything would be okay. It is obvious that he was unable to move or act which really was mental paralysis and he suggested that he was at a competitive disadvantage because other folks were doing better than he was.

Because of the situation at the pool where there were all these people who believed in the power of the pool to heal them but couldn’t get into the pool; there were others, who took advantage of their disability with promises to help them into the pool – at a price. Jesus never offered any assistance to this man to get him into the pool, in fact he never mentioned the angel or the pool for he knew the solution to this man’s dilemma was not in a man, it was not in an angel and certainly it was not in the pool. The answer lay in the man’s own ability to rise, take up his bed and walk.

We often hear the saying “God helps those who help themselves”. Although it is often quoted as Scripture, it is not in the Bible. However, there are many instances where it is implied as it is in this case. Jesus was not going to do for this man what he could do for himself.

The angel’s visits to the pool were seasonal and unplanned and the angel was just moving the water but he never assisted anyone to get in. His action had no direct bearing on the man and there were no guarantees so the answer was not in the angel.

The solution that Jesus gave lay within the ability of this man to reach inside of himself and make it happen so He invited him to do 3 simple things that he had the power to do but he also had to be willing.

The first thing he said to him was “arise”. That seemed like a dumb thing to say to a crippled man but Jesus was speaking to him in from a different perspective and He was telling him to allow his mind to arise. The man’s condition was not just physical but mental and Jesus was urging him to think clearly, positively and independently. There were barriers that needed to be dismantled and walls that had to be torn down as he was suffering from mental paralysis. He had a needy attitude and was looking for a quick fix so Jesus had to challenge him to allow his spirit to arise.

When you are in the same condition for 38 years, your spirit will get down and it results in hopelessness, depression, self-defeating behavior, and an inferiority complex and Jesus was also telling him to let his faith arise. He had to redirect his faith away from the things he had trusted in for so long and place his faith in the words of Jesus and his own ability to rise.

The second command of Jesus was for him to take up his bed as the bed was one of the main contributing factors to his condition and what might have seemed as an asset to his wellbeing was an obstacle to his wholeness. Why rise when it is easier and more comfortable to lie down? The bed was limiting his ability to step up and step out and it was also time for him to carry that which had been carrying him for the bed represented safety, security and ease and Jesus was asking him to step out of the comfort zone and take some risks.

By taking up his bed he was taking responsibility for his destiny and it was not going to be in the hands of the man who would carry him into the water, the angel who would stir the water, or the pool that possessed the healing power for it was in his hands and he had to take it up.

Jesus gave Him a third command and that was to walk so if you think the other commands were ridiculous. This one was off the top because the man had not walked for 38 years and the people around him had told him he would never walk again and he himself was resigned to the belief that he would not walk again but that he would die in that condition. When Jesus told him to walk, he did not mean for him to take a few steps and test his ability to walk but He was commanding him to walk away from there, as Bethesda was a place for lame, impotent and cripple folks and Jesus was saying “you are now whole; walk away not only from your old past but your old place. Bethesda is not conducive to your new consciousness and your new life”.

He was also telling him to walk over his obstacles for over the years, he had been walked upon and trampled by the crowd in their mad dash to get into the pool and now he was going to walk over all that was standing in his way of moving forward and we can just imagine hearing him asking people to excuse him as he stepped through the crowd.

His last command to him was to keep walking and never stop until he got to his destiny. Now he was walking away from the pool and into a new place.